20% off SITEWIDE with code THANKFUL. Thank you for 32 years! Valid only on barleans.com through December 5, 2021
Buy Now

How to Explain the Difference Between Marijuana & Hemp to Your Parents

QUESTION: My father is in his 60’s and has a number of conditions that might be helped by CBD, but he’s unwilling to try it because he thinks it’s the same as marijuana. How do we explain to our parents that hemp and marijuana are not the same thing?

ANSWER: That’s a great question. I had the exact same issue come up with some of my older family members. Here’s what I told them.

The words “Hemp” and “Cannabis” actually mean the same thing—hemp is Latin for cannabis. Some people call the plant cannabis, some call it hemp. Both are correct. But there are three important things you need to know.

Marijuana and hemp both contain many other compounds—cannabinoids, flavonoids, terpenes—that may have significant health benefits, but the legal definition of a variety—hemp or marijuana—rests solely on the absence or presence of THC, no matter what other components are also present.

Despite the Slang, Hemp Has a Specific, Legal Meaning

Part of the confusion comes from the vernacular use of words that have actual scientific meaning, but are used colloquially to mean all sorts of other things. (A non-hemp related example is the word “energy,” which means calories to a nutrition researcher, power to a nuclear scientist, and—to the rest of the world—a feeling of “get up and go!”) Jazz musicians and hipsters in the 1970s used to use the word “hemp” as a cool way to talk about marijuana, just as people sometimes talk about “hops” as a cool way to say beer, or “joe” as a cool way to say coffee. Regardless of how it’s been used in the vernacular, hemp has a very specific legal and scientific meaning: it’s cannabis that has been cultivated to have virtually no THC.*

Hemp & Marijuana are as Different as a Pekinese & a Great Dane

This is an important point that your father—and everyone else—will understand instantly if you just think for a moment about man’s best friend. “Dogs” or “canines” (like hemp, or cannabis) is a big category, and it includes everything from St. Bernards to Boston Terriers. Dogs have been bred for a host of different characteristics—for keen scent, for sight, for hunting, for hauling, for the ability to fit into small spaces and root out badgers, for a calm temperament (King Charles Spaniel) or for a protective one (Akita)—but they are all dogs. And it’s the same with the varieties of cannabis/hemp. They’ve been bred for different purposes. They’re all the same family, but they can be as different as a Pekinese and a Great Dane. 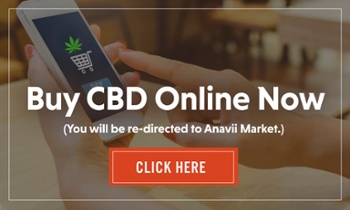 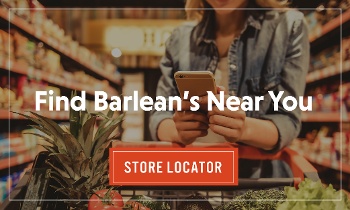 What we legally refer to as hemp is the member of the cannabis/hemp family that has nothing in it than can get you high. Do remember that besides the one compound in the cannabis plant that can get you high (THC), there are at least 100 other identified compounds that can do other things—such as get you healthier. And hemp has plenty of those, including, of course, the most famous non-psychoactive cannabinoid of all, CBD (cannabidiol).

You can safely assure your father that hemp may do many things that are good for him, but the one thing hemp will not do is get him stoned.

And that you can take to the bank!

Previous // Will the Myrcene in CBD Make M...
Next // Coconut Oil: The Secret Behind...
Get fresh recipes, discounts + health articles—delivered monthly to your inbox!